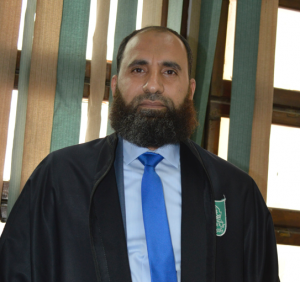 The Islamic Center of Little Rock

Dr. Emad Fadel was born in Egypt. He got his Bachelor’s Degree in Islamic Studies in English from Al Azhar University in 2003. Then he got his Master’s and Ph.D. from Al Azhar University in Comparative Religion (2010 & 2018). Dr. Emad started his professional career as an Imam in 2004 when he was appointed to the Ministry of Endowments & Religious Affairs in Egypt. Since then, he has been working in the field of Da’wah. In 2007, he came to America and continued his work of Da’wah in many Masjids and Islamic schools in New York.

Dr. Emad authored a series of Islamic Studies books for Middle and High school students. Moreover, he wrote two books on comparative religion: “Guiding the bewildered and answering back the Christians, a manuscript by Imam Abdulaziz Ad Dirini, edited and translated by Dr. Emad Fadel,” and the book entitled “Death and Afterlife in Judaism, Christianity, and Islam: a comparative study.”

Dr. Emad Fadel is married and has five children: Four boys and one girl. He has recently moved to Little Rock to continue his Da’wah journey and to enlighten the community with the pure teachings of Islam.