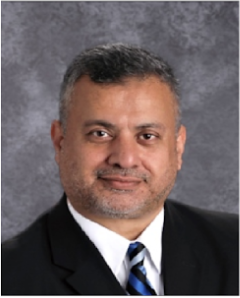 Ziad Abdulla
principal@hudaacademy.org
Ziad Abdulla is the Principal of Huda Academy. He has more than 25 years as an Educator. Ziad Abdullah was born and raised in Kuwait then moved to Jordan where he obtained an bachelor’s degree in Jurisprudence, Legislation and Guidance of Islam and a Diploma in Education Rehabilitation from the University of Jordan. in 1999, He received a Masters in Islamic Education with a Valedictorian Awards from Al-Albayt University, Jordan. He began his teaching career as an Arabic and Islamic Studies for both middle and high school levels.


After teaching for eight years, he moved to the United States and continued as Arabic and islamic Studies for both middle and high school levels. After seven years of teaching in North Carolina, he he decided to move to Dallas where he attained a career in administration in IANT Quranic Academy. In addition, he was an Arabic professor at Richland College, lecturer of Arabic and Islamic sciences at Suffa Islamic Seminary, and a member of the American Council on the teaching of Foreign Languages ( ACTFL). He then went on to teaching at a private school in Doha, Qatar called Awful Global School for one year as a Principal.When he is not at school he enjoys spending time with his family, his wife Rula, son Mustafa and daughter Zayna. His passions include travelling, sports, volunteering in different activities and watching movies.

“I feel honoured to be the Principal at The Huda Academy. I look forward to all of the new challenges we will face together and to all the accomplishments we will achieve together” brother Ziad Abdullah.